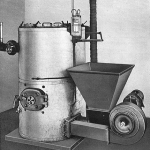 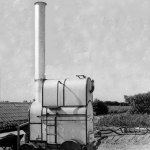 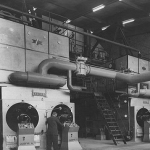 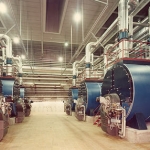 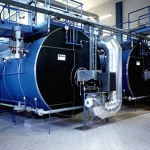 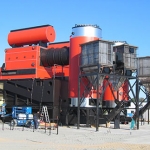 1935
De Forenede Kulimportører” (The United Coal Importers) sees a great potential in automatically fired coal boilers and set up the company of “Dansk Stoker og Varmekedel Kompani” in Copenhagen (known under the name of DSV).

1954
DSV starts production of smaller boilers in a factory in Næstved. During this period DSV also acquires and runs the French burner factory of Thyphon.

1965
DSV builds a new factory in Birk near Herning, where the DSV boilers are now to be manufactured.

1977
DSV and the subsidiaries: Skandinavisk Kedelfabrik and GMJ merge, and all activities are gathered in one company under the name of Danstoker A/S.

1978
Danstoker is acquired by the Vølund group.

1992
Danstoker is acquired by the Ansaldo group in connection with their purchase of the entire Vølund group.

2000
Danstoker is acquired by Mr. Leif T. Thomsen together with a group of Danish investors.

2005
Danstoker sets up a subsidiary in UK: Danstoker (UK) Ltd.

2007
Danstoker sets up a Sales Office in Sweden.

2017
Danstoker extends its activities and acquires a production facility in Poland.